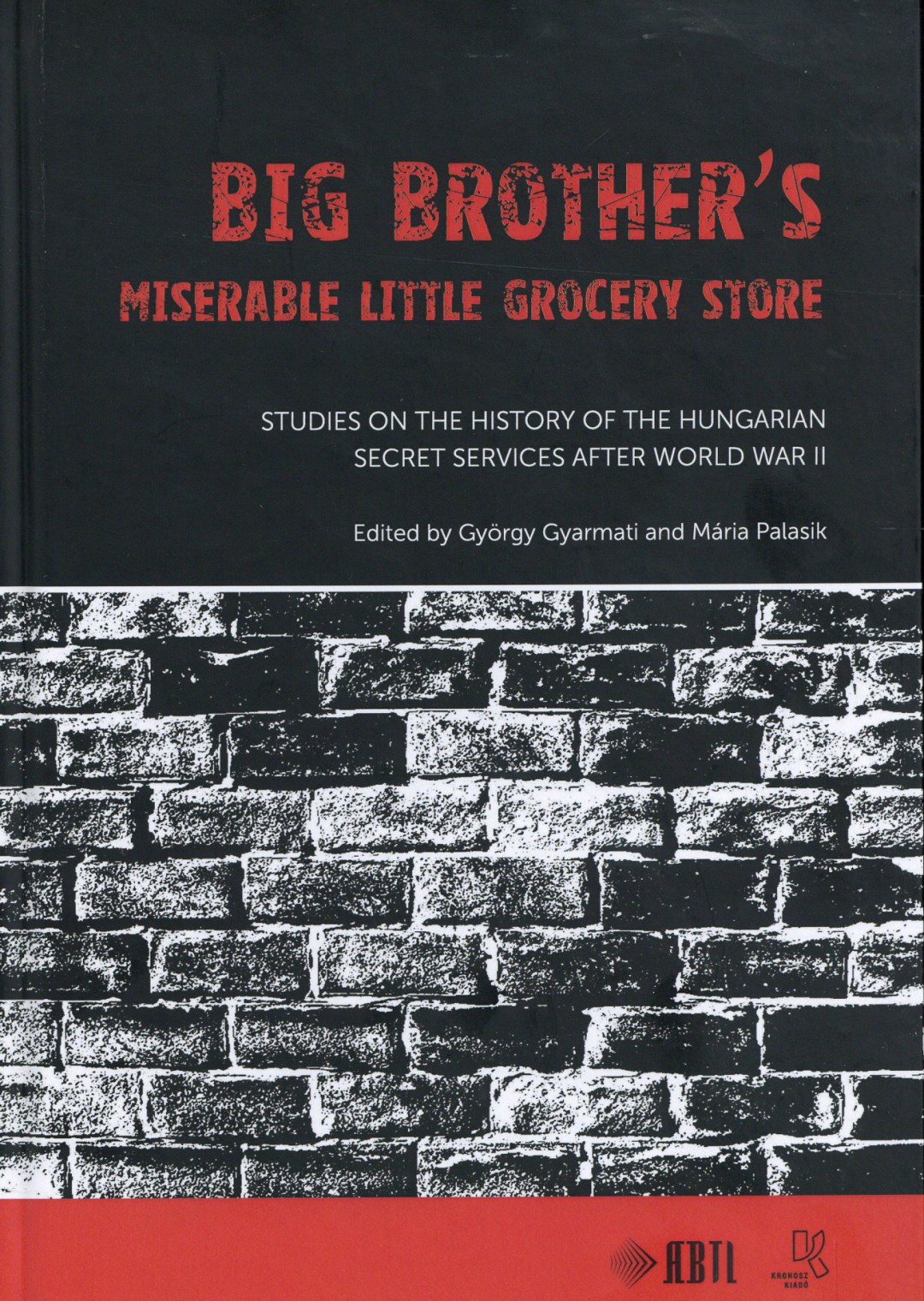 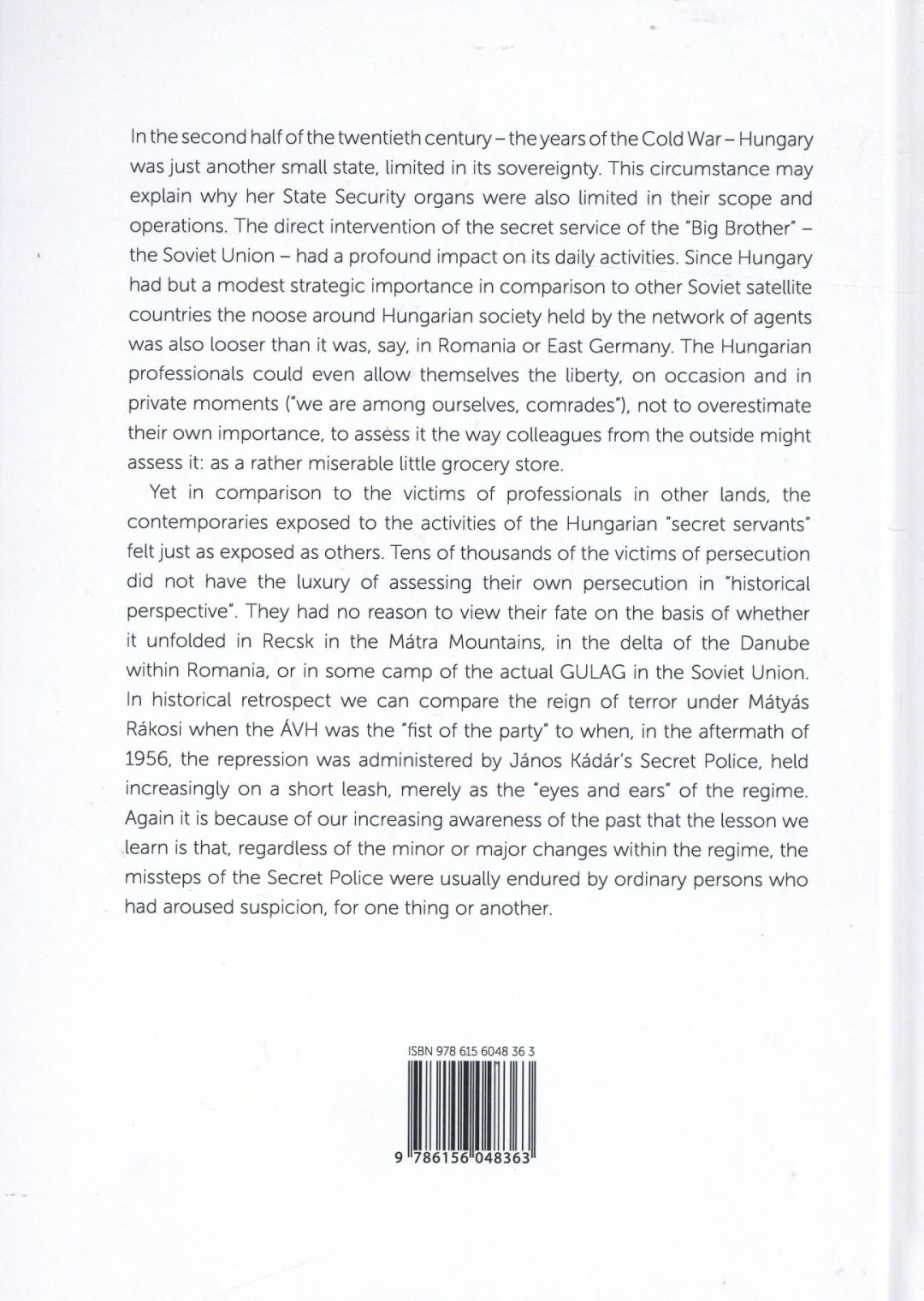 In ​the second half of the twentieth century – the years of the Cold War – Hungary was just another small state, limited in its sovereignty. This circumstance may explain why her State Security Organs were also limited in their scope and operations. The direct intervention of the secret service of the “Big Brother” – the Soviet Union – had a profound impact on its daily activities. Since Hungary had but a modest strategic importance in comparison to other Soviet satellite countries the noose around Hungarian society held by the network of agents was also looser than it was, say, in Romania or East Germany. The Hungarian professionals could even allow themselves the liberty, on occasion and in private moments (“we are among ourselves, comrades”) not to overestimate their own importance, to assess it the way colleagues from the outside might assess it: as a rather miserable little grocery store.

Yet in comparison to the victims of professionals in other lands, the contemporaries exposed to the activities of the Hungarian “secret servants” felt just as exposed as others. Tens of thousands of the victims of persecution did not have the luxury of assessing their own persecution in “historical perspective”. They had no reason to view their fate according to the site, on the basis of whether it unfolded in Recsk in the Mátra Mountains, in the delta of the Danube within Romania, or in some camp of the actual GULAG in the Soviet Union. In historical retrospect we can compare the reign of terror under Mátyás Rákosi when the ÁVH was the “fist of the party” to when, in the aftermath of 1956, the repression was administered by János Kádár’s Secret Police, held increasingly on a short leash, merely as the “eyes and ears” of the regime. Again it is because of our increasing awareness of the past that the lesson we learn is that, regardless of the minor or major changes within the regime, the missteps of the Secret Police were usually endured by ordinary persons who had aroused suspicion, for one thing or another.